"The country by the sea which is now called Macedonia… Alexander, the father of Perdiccas, and his forefathers, who were originally Temenidae from Argos" 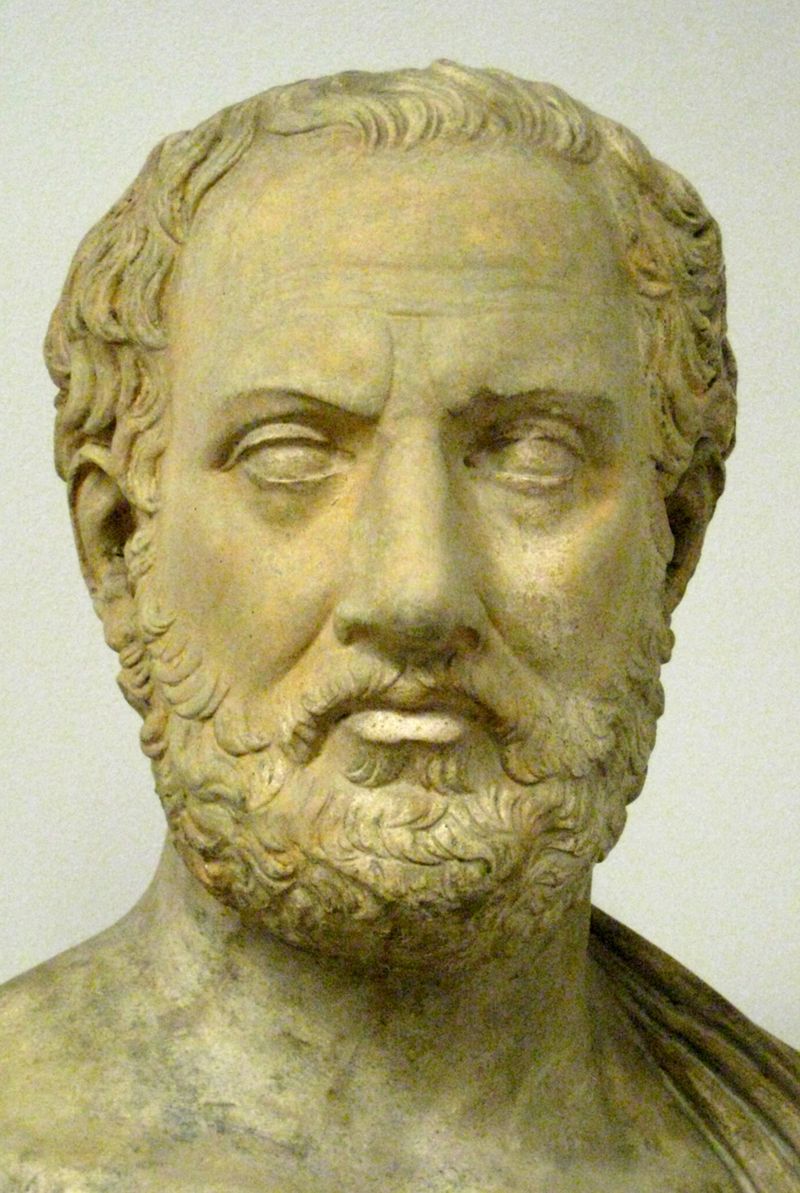 Thucydides from Athens drew a firm line between the settled, civilized city-states and ‘many parts of Hellas’ which ‘still follow the old fashion, the Ozolian Locrians for instance, the Aetolians, the Acarnanians and that region of the continent’ (1.5.3), and he compared that old fashion with the barbarian way of life (1.6.6). It is therefore not surprising that he called some tribes of northern Greece ‘barbarians’: Amphilochi (3.112.7), those near Cheimerium (1.47.3; 1.50.3), being Thesproti), Chaones, Molossi, Atintanes, Parauaei, Orestai (2.68.9; 2.80.5; 2.81-2), tribes of Upper Macedonia (4.124.1 and 126.3), and probably the Macedonians proper (4.124.1 and 126.3). As we have seen, inscriptions show beyond dispute that the Molossi and the Macedones were Greek-speaking in the lifetime of Thucydides. He therefore used the term ‘barbaroi’ not in a linguistic sense but in a cultural sense.

(N.G.L. Hammond, leading expert in ancient Macedonian history).  For more information regarding the use of the word ‘barbarian’ please check this link.
Now let’s see some texts from Thucydides which indicate that the ancient Macedonians were Greeks.

“The country by the sea which is now called Macedonia… Alexander, the father of Perdiccas, and his forefathers, who were originally Temenidae from Argos”

“In all there were about three thousand Hellenic heavy infantry, accompanied by all the Macedonian cavalry with the Chalcidians, near one thousand strong, besides an immense crowd of barbarians.”

“The Hellenic troops with him consisted of the Ambraciots, Leucadians, and Anactorians, and the thousand Peloponnesians with whom he came; the barbarian of a thousand Chaonians, who, belonging to a nation that has no king, were led by Photys and Nicanor, the two members of the royal family to whom the chieftainship for that year had been confided. With the Chaonians came also some Thesprotians, like them without a king, some Molossians and Atintanians led by Sabylinthus, the guardian of King Tharyps who was still a minor, and some Paravæans, under their king Oroedus, accompanied by a thousand Orestians, subjects of King Antichus and placed by him under the command of Oroedus. There were also a thousand Macedonians sent by Perdiccas without the knowledge of the Athenians, but they arrived too late. With this force Cnemus set out, without waiting for the fleet from Corinth. Passing through the territory of Amphilochian Argos, and sacking the open village of Limnæa, they advanced to Stratus the Acarnanian capital; this once taken, the rest of the country, they felt convinced, would speedily follow”