"Macedonia was - and still is - a territory of northern Greece. The Ancient Macedonians were of Greek origin and spoke a broader rougher dialect of Greek" 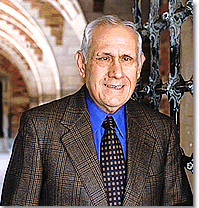 The illusion of a distinct Macedonian language

There are few ancient texts that give the impression that the ancient Macedonian language was not a Greek dialect but a distinct language. The following paragraphs sheds light and clears the issue once and for all!

A papyrus fragment (PSIXII (2) 1284), which may be from Arrian’s τά μετά Άλέξανδρον (now lost), preserves the phrase Ξεννίας άνήρ μακεδονίζων τη φ[ω]νή. The fragment’s historical setting has been identified with the conflict between Eumenes and Neoptolemos of 320 (321/20) BC. Eumenes, as reported in the fragment, sent for a second time (αύθις) Xennias άνήρ μακεδονίζων τη φωνή to address the Makedones, or the phalanx of Makedones, arrayed against him.

From the phrase μακεδονίζων τη φωνή and its context, A. B. Bosworth inferred that “… whatever its etymological roots, Macedonian was regarded in antiquity as a language separate from and alien to Greek”.

E. Badian, in his essay “Greeks and Macedonians”, dwelled on the theme of a separate “Makedonian language” and drew the inference that “…Xennias* name at once shows him to be a Macedonian”. E. Badian’s inference was based apparently on the name’s double vv, reinforced at the same time by the phrase άνήρ μακε­δονίζων τη φωνη. However, the name Xennias is almost exclusively attested outside a Makedo­nian context (below).

E. Badian also inferred from PSI XII (2) 1284 that Eumenes could not communicate with his Makedones, because he did not speak Makedonian or his (Eumene’s) Greek would not have been understood by the phalanx of Makedones. This, then, would explain why Xennias άνήρ μακεδονίζων τη φωνή was sent to address the opposing Makedones. However, the writer has read the sources where Eumenes figures and noticed no language problem(s) between Eumenes and his Makedones. In fact the opposite is true, as there was excellent language communication between Eumenes and his Makedones. One example of this is Eumenes’ speech which moved το άλλο πλήθος, i.e. the Makedonian phalanx, as contrasted to the άργυράσπιδες, to άχθος and κλαυθμός. This is after he was seized and tied. Therefore, a language factor cannot, and should not, be introduced into Eumenes’ relations with his Makedones.

As Plutarch tells us, once the Makedones greeted Eumenes, carried at the time on a litter, μακεδονιστί τή φωνή: άσπασάμενοι μακεδονιστί τή φωνή τάς τε ασπίδας άνείλοντο καί ταϊς σαρίσαις έπιδουπήσαντες ήλάλαξαν, … (Eum. XIV. 5). Context shows that this greeting was spontaneous and complimentary at the same time, a result of the warmth that the troops (Makedones) felt toward Eumenes, their commander, whom they urged on to fight. Plutarch does not say what the troops said μακεδονιστί τή φωνή, and accordingly it is impossible to infer anything. The same uncertainty, as far as what is meant by μακεδονιστί, is also observed when Plutarch states that some of the Ptolemies gave up τό μακεδονίζειν.

However, in the Kleitos affair, Plutarch defines Alexander’s άνεβόα μακεδονιστί as a σύμβολον θορύβου μεγά­λου. As R. A. Crossland has noted, such an expression as μακεδονιστί, or even μακεδονί­ζειν, is very imprecise in determining whether it is meant in the Makedonian fashion, Makedo­nian dialect, or even in a “Makedonian language” which the existing evidence does not support. In the Eumenes instance φωνή accompanies μακεδονιστί, but compare τή φωνή λέγειν Άττικιστί (Άττικώς) in Demosthenes, υπέρ Μεγαλοπολιτών 2.

Does this phrase imply a separate, non-Greek, Attic language?

It may simply mean that Xennias spoke in some Makedo­nian fashion, and possibly he may not have been a Makedon himself, but hailed instead from Aitolia or Boiotia. Nevertheless, the phrase άνήρ μακεδονίζων τή φωνή would indicate that the Makedones spoke in some particular mode. This is also indicated by Pausanias who says that the inhabitants of Messene recognized the intruders as Makedones and Demetrios, son of Phiuppos, from their όπλα and φωνή, which at the same time suggests that the Makedones’ φωνή was understood by the populace of Messene. On the other hand, in the case of Xennias the phrase άνήρ μακεδονίζων τή φωνή appears to be an equivalent to Μακεδών, as in … έκ Μακε­δονίας άνήρ Μακεδών, Αμύντας. This equivalence finds support in a manumission inscription from Makedon, dated after A.D. 212. In this document, a two month old girl by the name of Nike is qualified by the phrase φωνή μακεδονική(ν), which stands for the usual designation of γένει μακεδονικόν.

No ancient source identifies the Makedones as δίγλωττοι, as Strabon does some inhabitants adjacent to Korkyra (fe’vtot δέ και δίγλωττοί εϊσι), to which area some extended Makedon, because of tonsure, διάλεκτος and chlamys (VII.7.8, C 327). This διάλεκτος kinship between Epeiros and Makedon is illustrated undoubtedly by Plutarch’s story concerning the baby Pyrrhos and the flight to Makedonian Megara and then to Glaukias, king of the Illyrians, When attempting to cross into Makedon those carrying Pyrrhos communicated with the inhabitants across the river by means of a written message, showing undoubtedly that both parties spoke a common language. The same is observed when Pyrrhos planted among the Makedones men pretending to be Makedones and urging the latter to rid themselves of Demetrios.

Curtius’ account of the Philotas affair may be taken as an indication of διγλωσσία, as he has Alexander in a contio asking Philotas whether he will address the Makedones in the sermo patrius. In this contio apparently the koine was used, and Curtius makes no mention of inter­preters for the benefit of the Makedones who may not have known the koine, nor does Curtius specify in what language Boion, Philotas’ accuser, spoke. Later Curtius mentions an inter­preter, but this is between Philotas and the Makedones: qui (· Philotas) non erubesceret, Macedo natus, homines linguae suae per interpretem audire. However, Curtius’ account of the Philotas affair must be closely scrutinized as to how it fits into his scheme. The sermo patrius, with Philotas not knowing it, is undoubtedly a dramatic introduction by Curtius or his source(s) to spice up the Philotas controversy, in view of the friction between Alexander and Philotas, Moreover, Curtius’ sermo patrius and the drama thereof may be a mere creation out of μακεδο­νίου or μακεδονίζειν found in his source(s).

From other parallels, it can be said that μακεδονιστί or μακεδονίζειν points to a Makedo­nian mode of speech rather than to a separate “Makedonian language”, as advocated by some. Arrian, for example, has a man from Boiotia approaching Alexander and addressing him βοιωτιάζοντα άμα τή φωνή, but what follows is regular Greek; the Boiotian dialect or pronunciation is not reproduced. In contrast, Plutarch gives us an example of τή φωνή λακωνίζων, when speaking of Mandrokleidas. There is a specimen of “Makedonian” in the Βίος Αλεξάνδρου, where Peukoiaos addresses the dying Alexander μακεδονιστί, after an address in common Greek. The “Makedonian” specimen has no peculiarities and is comparable to the Boiotian example given above. There is also Stratus’ line from his play the Makedones, but it cannot be identified exclusively as Makedonian, since the speaker of that line remains unknown. The inscriptions, of course, have only revealed a Greek language in Makedon, with dialectic remains. Moreover, it was a man wearing a Greek chlamys and dressed in Greek in other respects and speaking Greek that moved Nearchos’ men to emotion and jubilation, when they learned from him that Alexander’s camp was not far away. This strengthens the evidence that Greek was the language of Alexander’s army of Makedones and Hellenes (and others), and as Koinos told Alexander there was no shortage of Makedones and Hellenes to follow the king. E. Badian, for example, has dwelled on this distinction of Makedones and Hellenes, but its significance is to be traced to their eponyms Makedon and Hellen respectively. Makedon, the country, was part of Hellas, or at least came to be considered as such, although this does not always appear in our sources. Moreover, there is no evidence of the Makedones ever reacting against Greek culture per se, as they did when the Μακεδόνικα ονόματα (άγημα, πεζέταιροι, κτλ.) came to include Persians and Medes. Thus, if the Makedones had felt that they were not part of Greek culture, they would have manifested this in some way, as they were so-to-speak overenamoured with their “Makedonism”.