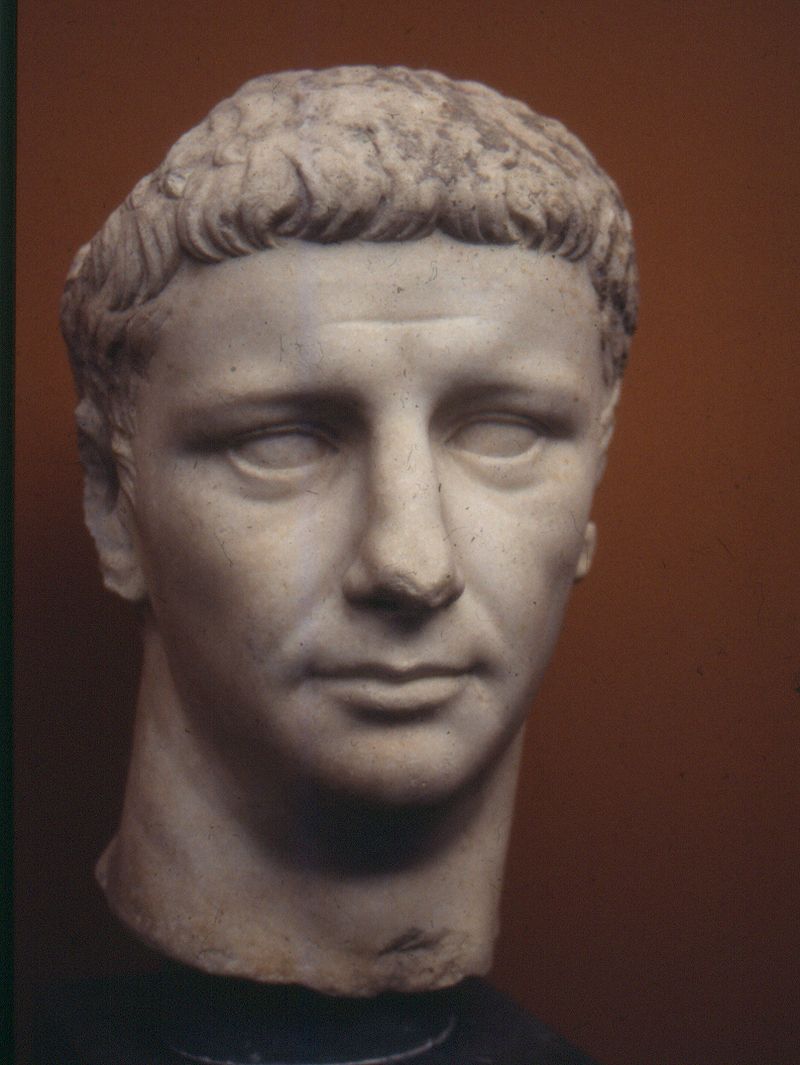 Anti-Greek propaganda sites would like to convince us that the Roman historian, Quintius Curtius Rufius constantly made a distinction between Greek and Macedonians. This is NOT the case however.  Macedonians self-identified as Greeks and any “distinction” made in ancient sources should be seen to create a focal point or as a conflict between two political systems of the Hellenic states, monarchy (Macedonia) and democracy (Athens). When reading ancient historians, consideration must be given to context. Readers should beware of the prejudices of presentism and how they are used to distort perceptions.  When Thucydides, in the “Theban Accusations”, 3.62, describing the Theban attack wrote: “When the Athenians attacked the Hellenes”… he was not suggesting that the Athenians were not Greek but was focusing on the Athenians, who were attacking other Hellenes.

One main items used to try and prove the Macedonians were non-Greek is the use of the term “patrio sermone” during Philotas’ trial. There are two things to note here:

In saying that, there are a lot more quotes in Quintus Rufus that show the Macedonians as Greek (rather than a distinct/separate people) such as the following: :

Holy shadows of the dead, I’m not to blame for your cruel and bitter fate, but the accursed rivalry which brought sister nations and brother people, to fight one another. I do not feel happy for this victory of mine. On the contrary, I would be glad, brothers, if I had all of you standing here next to me, since we are united by the same language, the same blood and the same visions

Alexander the Great addressing the dead of the battle of Chaeronia. Curtius Rufus’, “Historia”

The government of Persia had undergone a number of changes since Philip II first organized the Greek crusade against the East.

They recalled that at the start of his reign Darius had issued orders for the shape of the scabbard of the Persian scimitar to be altered to the shape used by the Greeks, and that the Chaldeans had immediately interpreted this as meaning that rule over the Persians would pass to those people whose arms Darius had copied.

“On another occasion Xerxes, a member of the same family, came with his savage barbarian troops, and even when beaten in a naval engagement he still left Mardonius in Greece so that he could destroy our cities and burn our fields though absent himself.”

(Quintus Curtius Rufus 4.1.10-11).  It is obvious Alexander himself considers Macedonia as part of Greece and all misfortunes against Greeks as his own misfortunes.

Mutiny was but a step away when, unperturbed by all this, Alexander summoned a full meeting of his generals and officers in his tent and ordered the Egyptian seers to give their opinion. They were well aware that the annual cycle follows a pattern of changes, that the moon is eclipsed when it passes behind the earth or is blocked by the sun, but they did not give this explanation, which they themselves knew, to the common soldiers. Instead, they declared that the sun represented the Greeks and the moon the Persians, and that an eclipse of the moon predicted disaster and slaughter for those nations.

(Quintus Curtius Rufus 4.10.6).  Macedonians aren’t mentioned since obviously they are considered as Greeks.

Alexander called a meeting of his generals the next day. He told them that no city was more hateful to the Greeks than Persepolis, the capital of the old kings of Persia, the city from which troops without number had poured forth, from which first Darius and then Xerxes had waged an unholy war on Europe. To appease the spirits of their forefathers they should wipe it out, he said.

(Quintus Curtius Rufus 5.6.1).  There is no reason for Alexander to be concerned about Persepolis being hateful to the Greeks if he wasnt Greek himself which is made clear by his quote “to appease the spirits of their forefathers”.

One of the latter was Thais. She too had had too much to drink, when she claimed that, if Alexander gave the order to burn the Persian palace, he would earn the deepest gratitude among all the Greeks. This was what the people whose cities the Persians ahd destroyed were expecting she said. As the drunken whore gave her opinion on a matter of extreme importance, one or two who were themselves the worse for drink agreed with her. the king, too, was enthusiastic rather than acquiescent. “Why do we not avenge Greece, then and put the city to the torch?” he asked.

From here he now moved into Media, where he was met by fresh reinforcement from Cilicia: 5,000 infantry and 1,000 cavalry, both under the command of the Athenian Plato. His foraces thus augmented. Alexander determined to pursue Darius

As for Alexander, it is generally agreed that, when sleep had brought him back to his senses after his drunken bout, he regretted his actions and said that the Persians would have suffered a more grievous punishment at the hands of the Greeks had they been forced to see him on Xerxes’ throne and in his palace.

(Quintus Curtius Rufus 5.7.11).  Another evidence  Alexander himself considered himself a Greek.

In pursuit of Bessus the Macedonians had arrived at a small town inhabited by the Branchidae who, on the orders of Xerxes, when he was returning from Greece, had emigrated from Miletus and settled in this spot. This was necessary because, to please Xerxes, they had violated the temple called the Didymeon. The culture of their forebears had not yet disappeared thought they were now bilingual and the foreign tongue was gradually eroding their own. So it was with great joy that they welcomed Alexander, to whom they surrendered themselves and their city. Alexander called a meeting of the Milesians in his force, for the Milesians bore a long-standing grudge against the Branchidae as a clan. Since they were the people betrayed by the Branchidae, Alexander let them decide freely on their case, asking if they preferred to remember their injury or their common origins. But when there was a difference of opinion over this, he declared that he would himself consider the best course of action. When the Branchidae met him the next day, he told them to accompany him. On reaching the city, he himself entered through the gate with a unit of light-armed troops. The phalanx had been ordered to surround the city walls and, when the signal was given, to sack this city which provided refuge for traitors, killing the inhabitants to a man. The Branchidae, who were unarmed, were butchered throughout the city, and neither community of language nor the olive-branches and entreaties of the suppliants could curb the savagery. Finally the Macedonians dug down to the foundations of the city walls in order to demolish them and leave not a single trace of the city.

The gist of the passage was that the Greeks had established a bad practice in inscribing their trophies with only their kings’ names, for the kings’ were thus appropriating to themselves glory that was won by the blood of others.”

and he [Alexander] demonstrated the strength of his contempt for the barbarians by celebrating games in honour of Aesclepius and Athena.

he consecrated three altars on the banks of the river Pinarus to Zeus, Hercules, and Athena,…

About this time there took place the traditional Isthmian games, which the whole of Greece gathers to celebrate. At this assembly the Greeks – political trimmers by temperament – determined that fifteen ambassadors be sent to the king to offer him a victory-gift of a golden crown in honour of his achievements on behalf of the security and freedom of Greece.

they also occupied Tenedos and had decided to seize Chios at the invitation of its inhabitants.

Then Alexander’s horses dragged him around the city while the king gloated at having followed the example of his ancestor Achilles in punishing his enemy.

Moreover, as a reward for their exceptional loyalty to him, Alexander reimbursed the people of Mitylene for their war expenses and also added a large area to their territories.

Furthemore, appropriate honours were accorded the kings of Cyprus who had defected to him from Darius and sent him a fleet during his assault on Tyre.

Alexander advanced from there to the river Tanais, where Bessus was brought to him, not only in irons but entirely stripped of his clothes. Spitamenes held him with a chain around his neck, a sight that afforded as much pleasure to the barbarians as to the Macedonians.

Meanwhile a group of Macedonians had gone off to forage out of formation and were suprised by some Barbarians who came rushing down on them from the neighbouring mountains.

Menedemus himself, riding an extremely powerful horse, had repeatedly charged at full gallop into the barbarians’ wedge-shaped contingents, scattering them with great carnage.

Parmernion he had ordered to extend his column as far as he could towards the sea so as to seperate his line further from the hills held by the barbarians.

To protect Parthiene against a Barbarian incursion, he had left Craterus behind with the troops that were under his command and the contingent led by Amyntas to which were added 600 horse and as many archers.

(Curtius Rufus 6.4.2). In the above we see Curtius is making it clear: Macedonians were different from Barbarians

A Short time ago we were actually invading the Greeks: Now in our own home we are trying to repel an invasion and we in our turn are storm-tossed by the change of fortune. Obviously one nation cannot contain this empire since we both aspire to it in turns.

(Curtius Rufus 4.14.21). It’s obvious from this speech of Darius that Persians consider Macedonians as Greeks who were aspriring and invading their country.

A Letter from Darius was then intercepted in which he tried to suborn the Greek soldiers to murder or betray Alexander. The king wondered whether he should read it aloud in a general assembly since he had sufficient confidence in the good-will and loyalty of the Greeks.

He [Alexander] gave immunity to Phthia, because it was the birth-place of Achilles, the founder of his family […] From Thessaly he went to Thermopylae, where he was appointed chief commander of the Greeks.