"All in all, the language of the Macedonians was a distinct and particular form of Greek, resistant to outside influences and conservative in pronunciation. It remained so until the fourth century when it was almost totally submerged by the flood tide of standardized Greek" 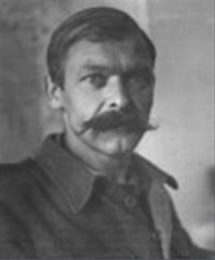 The ancient Macedonian language was a rough doric Greek dialect which was not easily understood by other Greeks. Archaeological evidence exists for this, such as the Pella curse tablet.

Multiple scholars have claimed that ancient Macedonians spoke a Greek dialect as indicated below:

“Macedonian was not a non-Greek language but a dialect of the Greek language in which Alexander spoke for a special purpose;
and in the case of his order the vocabulary, as well as the pronunciation, was probably particular to this dialect. On a later occasion the Macedonian”

“King Philip II’s momentous decision to make, not the native Macedonian variety of North-East Greek, but Attic the official language of the kingdom of Macedon which, in the next generation, had generated the Greek successor states of the Persian Empire.”

“The relics of the Macedonian language, such as the names of places and persons, both human and divine {..} show that it was basically Greek with an admixture of [probably] Illyrian.

“Macedonians had their own language related to Greek, but the members that dominated Macedonian society routinely learned to speak Greek because they thought of themselves and indeed all Macedonians as Greek by blood.”

“Yet in contrast with earlier views which made of it an Aeolic dialect [O. Hoffmann compared Thessalian] we must by now think of a link with North west Greek [Locrian, Aetolian, Phocidian, Epirote]. This view is supported by the recent discovery at Pella of a curse tablet [4th c BC] which may well be the first ‘Macedonian’ text attested [provisional
publication by E. Voutyras; cf. the Bulletin Epigraphique in Rev.Et.Grec.1994no.413]; the text includes an adverb “opoka” which is not Thessalian.
We must wait for new discoveries, but we may tentatively conclude that Macedonian is a dialect related to North-West Greek.”

“That the Macedonians and their kings did in fact speak a dialect of Greek and bore Greek names may be regarded nowadays as certain.”

he was still in a world of Greek gods and sacrifices, of Greek plays and Greek  language,though the natives might speak Greek with a northern accent which hardened ‘ch’ into ‘g’,’th’ into ‘d’ and pronounced King Philip as Bilip“.

I think it highly likely that they were, for three reasons: the overwhelming majority of personal names known to have been used by Macedonians were good Greek names; the names of the months in the Macedonian calendar were basically Greek in form

Macedonia , extended along the fertile land of lower Axios , was a region of robust agricolturs and of nobles devoted in equitation , that spoke a Rough Greek Dialect , incomprehensible to the Athenians and for that defined “barbarian” “.

Despite ancient and modern controversies it seems clear that the Macedonians as a whole were Greek-speakers. While the elite naturally communicated with other elites in standard, probably Attic, the ordinary Macedonians appear to have spoken a dialect of Greek, albeit with load-words from Illyrian and thracian which gave ammunition to their denigrators.

The Macedonian language has not survived in any extant text, but their personal and place names, and the names of their gods strongly suggest a Greek dialect.

Its apparent, yet from the early 4rth Century, Macedonians, greek-speaking tribe of North-Western dialectical group, up to that time in the fridges of Greek-speaking world, adopted firstly for their diplomatical contacts and later for all the forms of written speech, the Attic dialect

“A fourth‐century BC curse tablet from Pella shows word forms which are clearly Doric, but a different form of Doric from any of the west Greek dialects of areas adjoining Macedon. Three other, very brief, fourth century inscriptions are also indubitably Doric. These show that a Doric dialect was spoken in Macedon, as we would expect from the West Greek forms of Greek names found in Macedon. And yet later Macedonian inscriptions are in Koine avoiding both Doric forms and the Macedonian voicing of consonants. The native Macedonian dialect had become unsuitable for written documents.”

*Chrys C. Caragounis, The Unity and Evolution of the Greek language

In the fourth century B.C. Philip II (or perhaps his predecessors) adopted the Attic dialect as the official language of Makedonia, because its Greek dialect was too uncouth, undeveloped and lacking in refinement.

* Alan Fildes , Alexander the Great, son of the gods, page12

Although the Macedonians spoke a Greek dialect, worshipped Greek gods and traced their nation’s origins from Olympian gods, their customes and northern Doric accent were markedly different from those of the people of the rest of Greece, who saw the Macedonia as a largely insignificant, backward monarchy

For what it is worth, the evidence – sparse as it is – suggests that a form of Northwest Greek was spoken in Makedonia, but structural linguistic affiliation does not guarantee intelligibility and it is entirely possible that the Makedonian dialect was as difficult for other dialect speakers to comprehend as the speech of the Aitolian Eurytanes was unintelligible to Thoukydides (3-94.5).

* John Anthony Crame, A Geographical and Historical Description of Ancient Greece: With a Map, and a Plan of Athens, Page 165

Judging from their historical nomenclature, and the few words that have been preserved to us, we may evidently trace a Greek foundation in their language, whatever idiomatic differences might exist between it and the more cultivated dialects of southern Greece.

Philip II came to power in Macedonia in 359 BC. Althought speaking a dialect of Greek, the Macedonians lay on the fringes of Greek culture and had contributed little to Greek political, socio-economic and artistic

The Macedonian language has not survived in any written text, but the names of individuals, places, gods, months, and the like suggest strongly that the language was a Greek dialect. Macedonian institutions, both secular and religious, had marked Hellenic characteristics and legends identify or link the people with the Dorians.

The problem of the nationality of the Macedonians has been studied a great deal. Otto Hoffman with linguistics as his starting point solved it correctly and decisively when he accepted that the Macedonians were Greeks

For this reason , the latest arrivals – northwest- Greek speakers, Macedonians – were able to establish a robust system of kingship indepeendent from central and southern Greek traditions of strong local leaders.

“Before the times of the national unity installed by the Macedonians around the middle of the 4th century BC, Greece was composed of many regions or city states[…] That they [Dorians] were related to the North-West Dialects (of Phocis, Locris, Aetolia, Acarnania and Epirus) was not perceived clearly by the ancients. “

* Otto Hoffmann, “Makedonians, their language and their Ethnicity“.

From the 39 “languages” that according to Gustav Mayer their form was “completely alien” has been proven after this research of mine,that 10 of them are clearly Hellenic,with 4 more possibly dialectical forms of common hellenic words,so from the entire collection are remaining only 15 words appearing to be justifiable or at least suspected of anti-hellenic origins.Adding to those 15, few others which with regards their vocals could be hellenic,without till now being confirmed as such,then their number, in comparison to the number of pure hellenic ones in the Makedonian language,is so small that the general Hellenic character of the Macedonian linguistic treasure can not be doubted.(..)THE NAMES OF THE GENUINE MAKEDONIANS AND THOSE BORN OF MAKEDONIAN PARENTS ,ESPECIALLY THE NAMES OF THE ELITIC CLASS AND NOBLES,IN THEIR FORMATION AND PHONOLOGY ARE PURELY HELLENIC.”(…)The general Hellenic character of the Makedonians linguistic treasure can not be disputed even in case some of them might be loans from the Hellenic Mythology or from non-hellenic myths or for the better pre-hellenic myths (Teytamos-Marsyas-Seilinos….*).

That the Macedonians were of Greek stock seems certain. The claim made by the Argead dynasty to be of Argive descent may be no more than a generally accepted myth, but Macedonian proper names, such as Ptolemaios or Philippos, are good Greek names, and the names of the Macedonian months, although differed from those of Athens or Sparta, were also Greek. The language spoken by the  Macedonians, which Greeks of the classical period found intelligible, appears to have been
a primitive north-west Greek dialect, much influenced by the languages of the neighboring barbarians.”

The language they spoke was among the oldest forms of Greek, and it had affinities with the Aeolian, Arcado-Cypriot and Mycenean dialects.

the northern dialects of Greek, including that of the Macedonians, who were coming in the fifth centurry to have a common fontier with the Thracians in the Strymon basin

“The Molossians were the strongest and, decisive for Macedonia, most easterly of the three most important Epeirot tribes, which, like Macedonia but unlike the Thesprotians and the Chaonians, still retained their
monarchy. They were Greeks, spoke a similar dialect to that of Macedonia, suffered just as much from the depredations of the Illyrians and were in principle the natural partners of the Macedonian king who wished to tackle the Illyrian problem at its roots.”

The Macedonians spoke Greek and attended Hellenic festivals; their kings claimed to be descented from Greek families- from Achilles, the great Achaean hero of the Iliad, no less.”

“As subjects of the king the Upper Macedonians were henceforth on the same footing as the original Macedonians, in that they could qualify for service in the King’s Forces and thereby obtain the elite citizenship. At one bound the territory, the population and wealth of the kingdom were doubled. Moreover since the great majority of the new subjects were speakers of the West Greek dialect, the enlarged army was Greek-speaking throughout.”

Macedon was inhabited by various peoples of Dorian-Greek, Illyrian, and Thracian descent, who spoke a Greek dialect and worshipped Greek gods…Unification and modernization came gradually, at the hands of kings of Dorian descent.”

Certainly the Thracians and the Illyrians were non-Greek speakers, but in the northwest, the peoples of Molossis {Epirot province}, Orestis and Lynkestis spoke West Greek. It is also accepted that the Macedonians spoke a dialect of Greek and although they absorbed other groups into their territory, they were essentially Greeks.”

* Hugh Murray,William Wallace,Robert Jameson, “The encyclopædia of geography: comprising a complete description of the …”

M. Malte-Brun distinguishes in the ancient Greek two different idioms: 1. The promitive Hellenic, which he subdivides into three principal dialects, the Arcadian, the Thessalian, with the ancient Macedonian, and the (Enotrian, transported into Italy and mingled with the Latin); 2. the Hellenic of the historical times, divided into four principal dialects and several varieties.

Located in the northern extremity of Greece, and cut off from its neighbors by its mountainous terrain, ancient Macedonia’s relative isolation produced a distinctly separate culture. Although the Macedonians spoke a Greek dialect, worshipped Greek gods,…

The language spoken by ordinary Macedonians, as opposed to the ruling family, seems at most times to have been a dialect form of Greek. The elite communicaed both with itself and with other elites in standard, probably Attic Greek.