"Caranus [first Macedonian king] also came to Emathia with a large band of Greeks, being instructed by an oracle to seek a home in Macedonia" 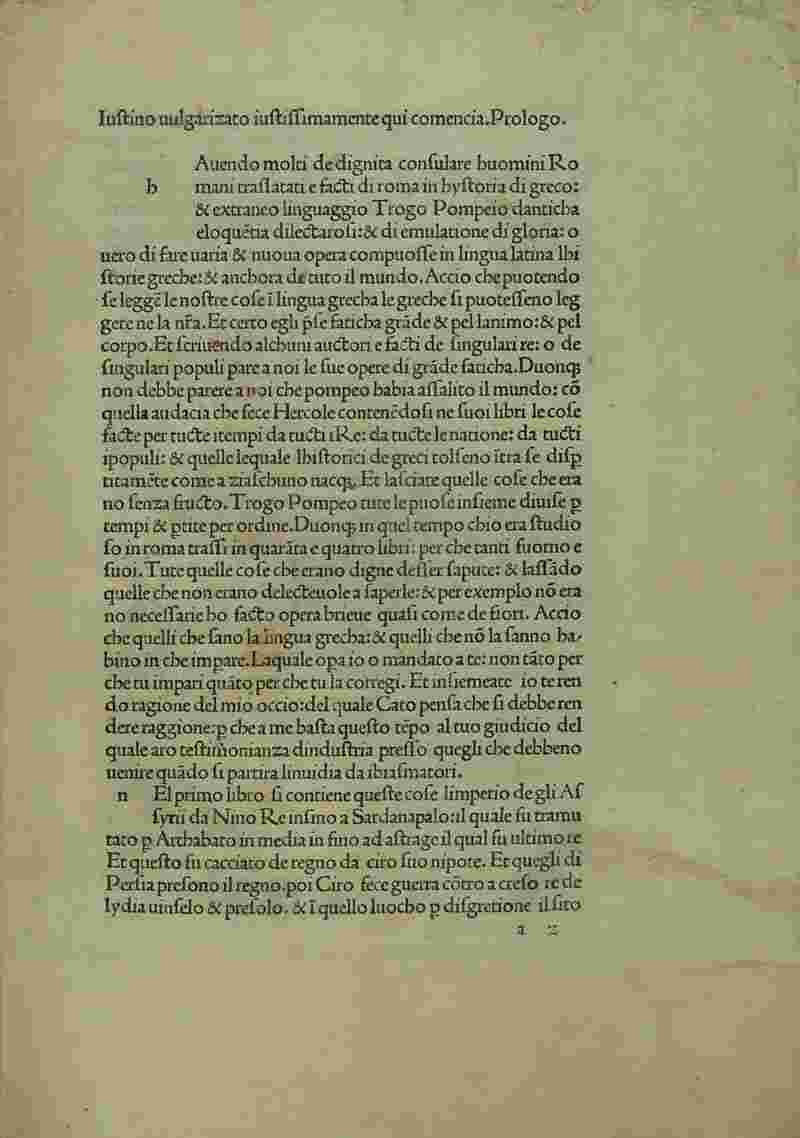 Justin considered Macedonia as a Greek kingdom as can be seen in these texts:

Caranus also came to Emathia with a large band of Greeks, being instructed by an oracle to seek a home in Macedonia. Hero, following a herd of goats running from a downpour, he seized the city of Edessa, the inhabitants being taken unawares because of heavy rain and dense fog. Remembering the oracle’s command to follow the lead of goats in his quest for ar empire, Caranus established the city as his capital, and thereafter he made it a solemn observance, wheresoever he took his army, to keep those same goats before his standards in order in have as leaders in his exploits the animals which he had had with him to found the kingdom. He gave the city of Edessa the name Aegaeae and its people the name Aegeads in memory of this service

Next he directed the army towards Thebes intending to show the same mercy if he met with similar contrition. But the Thebans resorted to arms rather than entreaties or appeals, and so after their defeat they were subjected to all the terrible punishments associated with a humiliating capitulation. When the destruction of the city was being discussed in council, the Phocians, the Plataeans, the Thespians and the Orchomenians, Alexander’s allies who now shared his victory, recalled the devastation of their own cities and the ruthlessness of the Thebans, reproaching them also with their past as well as their present support of Persia against the independence of Greece. This, they said, had made Thebes an abomination to all the Greek peoples, which was obvious from the fact that the Greeks had one and all taken a solemn oath to destroy the city once the Persians were defeated, Thev also added the tales of earlier Theban wickedness – the material with which they had filled all their plays – in order to foment hatred against them not only for their treachery in the present but also for their infamies in the past.

The author of this conspiracy was Antipater, who, seeing that his dearest friends were put to death, that Alexander Lyncestes, his son-in-law, was cut off, and that he himself, after his important services in Greece, was not so much liked by the king as envied by him, and was also persecuted with various charges by his mother Olympias;

Justin, Epitome of the Philippic History of Pompeius Trogus, 12.14.1