"And when the Book of Daniel was showed him [Alexander] wherein Daniel declared that one of the Greeks should destroy the empire of the Persians, he supposed that himself was the person intended." 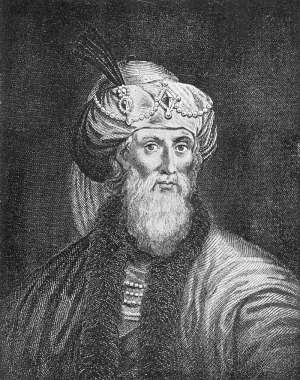 The following texts could be found here that show that Josephus considered the ancient Macedonians as Greeks.

and that some of the Greeks took considerable pains to know the affairs of our nation. [10] I found, therefore, thatthe second of the Ptolemies was a king who was extraordinarily diligent in what concerned learning, and the collection of books; that he was also peculiarly ambitious to procure a translation of our law, and of the constitution of our government therein contained, into the Greek tongue.

And when he [Alexander] went up into the temple, he offered sacrifice to God, according to the high priest’s direction, and magnificently treated both the high priest and the priests. And when the Book of Daniel was showed him 1 wherein Daniel declared that one of the Greeks should destroy the empire of the Persians, he supposed that himself was the person intended.

And when once Ptolemy asked him how many ten thousands of books he had collected, he replied, that he had already about twenty times ten thousand; but that, in a little time, he should have fifty times ten thousand. But be said he had been informed that there were many books of laws among the Jews worthy of inquiring after, and worthy of the king’s library, but which, being written in characters and in a dialect of their own, will cause no small pains in getting them translated into the Greek tongue;

I [Ptolemy] have determined to procure an interpretation of your law, and to have it translated out of Hebrew into Greek, and to be deposited in my library.