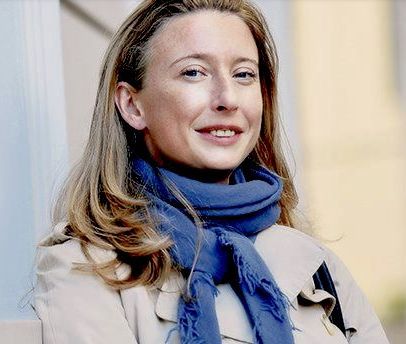 Macedonian artifacts before the spread of hellenism by alexander the great

These artifacts are presented to show that Greek was the language of the ancient Macedonians generations before Alexander the Great spread it across the world. Although many artifacts are listed also in Wikipedia, we’ve randomly picked some artifacts to present below.

Towards the end of the 5th c. BC there is a tomb inscription of a boy, that of Ksanthos (ΞΑΝΘΟΣ). A piece of marble stone was used for this and the inscription says:

The ending of the mother’s name Αμαδίκας, in its doric form, confirms the use of the doric dialect in ancient Macedonia.

The Pella curse tablet. This is a very well-known artifact that also proves the doric dialect of the ancient Macedonians. The FYROMian propaganda will try to say that this was an artifact of Hellenized royalty, but they are wrong. This artifact was also produced by regular people, namely a woman possibly named Dagina whose lover Dionysophōn is apparently about to marry Thetima. Dagina is of low social status, as evidenced by her vocabulary and belief in magic, while all names involved are not recorded anywhere as royal.

A multitude of coins all written in Greek even a couple centuries before Alexander the Great spread the Greek language. These coins were used by regular people in Macedonia not just the royalty. The names and words written on these coins were Greek. Isn’t it strange to write Greek on coins that the regular people would use every day if they didn’t speak Greek? To see the Greek writings on the Macedonian coins please click here: Ancient Macedonian coins

6 curse tablets from the 4th century BC discovered in 1994–97. Three have only names, the others names followed by phrases that show that the curses were meant to affect lawsuits. These tablets are still under investigation but here is a pdf file for more info:

Vessel of the classical period found in Edessa. On the base of the vessel the Greek name Ippomachas (“ΙΠΠΟΜΑΧΑΣ” ) is inscribed.

The most significant part of the palace at Vergina was the ‘Tholos’, a circular chamber circumscribed by a square, in the east wing of the building.

The ‘Tholos’ was used as shrine; by extension, it may be regarded as the “Throne Room”, since we know that the Macedonian kings held also the position of high-priest. Its ceremonial character is confirmed by a valuable inscription found in it; it read “Heraklei Patroioi” (to Herakles Patroos), and referred to Herakles, mythical progenitor of the Argead dynasty.

I. “ΕΥΡΥΔΙΚΑΣΙΡΡΑΕΥΚΛΕΙΑΙ” (Vergina, 4th century BC)

Base of statue dedicated to godess Efkleia by Philippos’ mother Evridiki. We can read the Greek words meaning “from Evridiki of Sirra to Efkleia”. Efkleia was a name that often accompanied the name of godess Artemis. 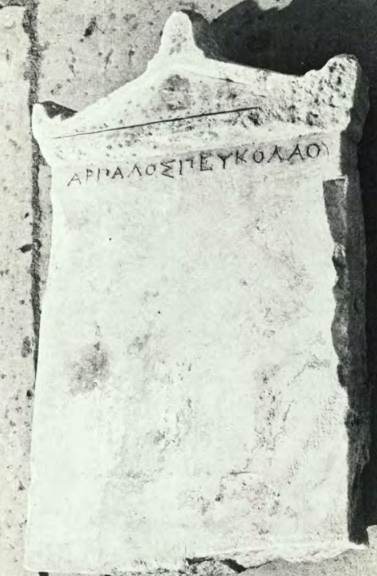 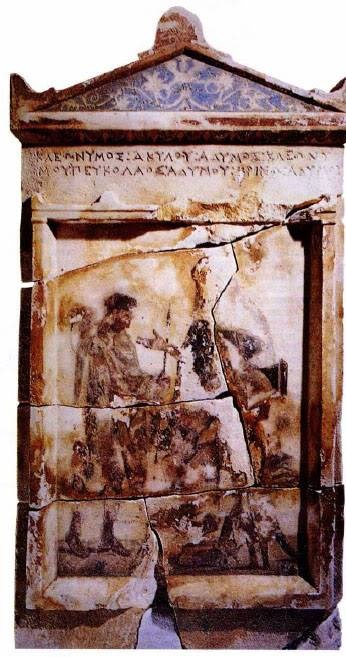 Stele of Kleonymos excavated in the Megali Toumba in Vergina. You can clearly read on it the names of the 4 members of a family (Kleonymos of Akylos, Adymos of Kleonymos, Pefkolaos of Adymos and Krino of Adymos). All Greek names.

This has the Macedonian name ΜΑΧΑΤΑ[Σ] on it. 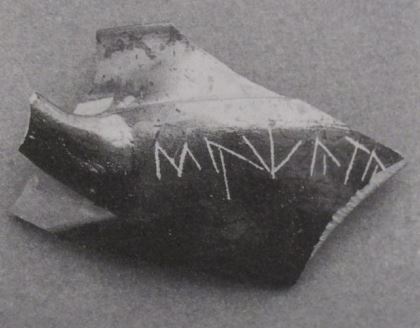 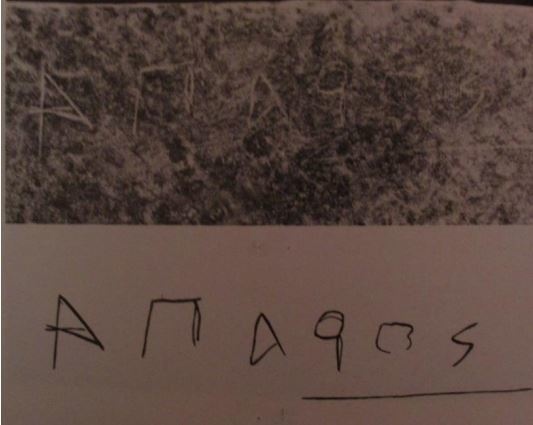 “67 grave stele – most of them inscribed (SEG XXXV 771-808) -which were found scattered in the fill of Megali Toumba at Vergina, and which date to the last quarter of the 5th century and the first quarter of the 3rd century BC. All the names -a total of 84 survive, of which 75 are complete -with the exception of three are Greek. Indeed, most names were common throughout the whole of the Greek world, already known from the mythological traditions of the Greeks.”

O. Cemetery of Archontiko near Pella (6th c BC)

P. Another finding in a grave at Aiani (6th c BC) 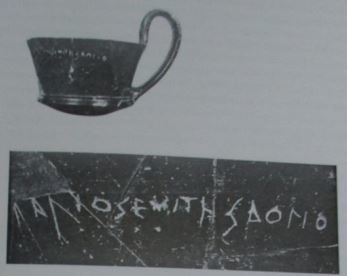 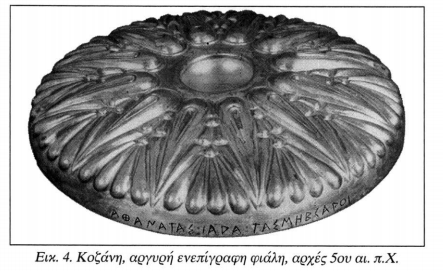 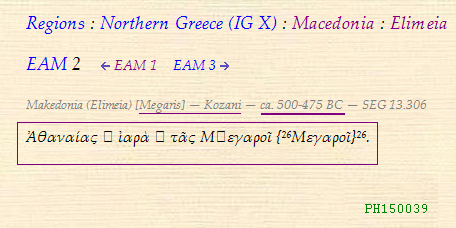 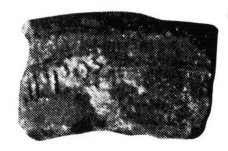 S. Epigraph on a shell, Edessa museum (4th c BC) 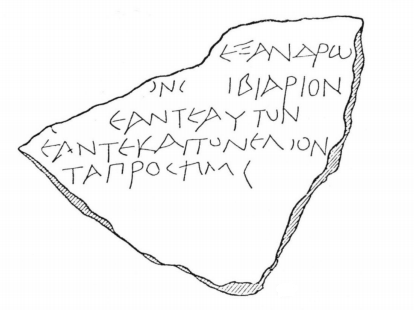 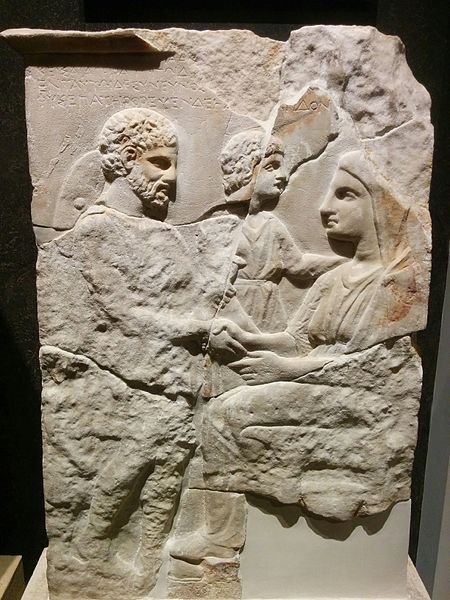 U. The Derveni papyrus, Archaeological Museum of Thessaloniki (340 BC, from an end 5th century BC original) 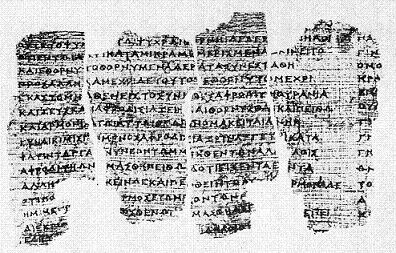 V. Golden ring with the epigraph «ΔΩΡΟΝ» from Sindos, near Thessaloniki, 475-450 BC. 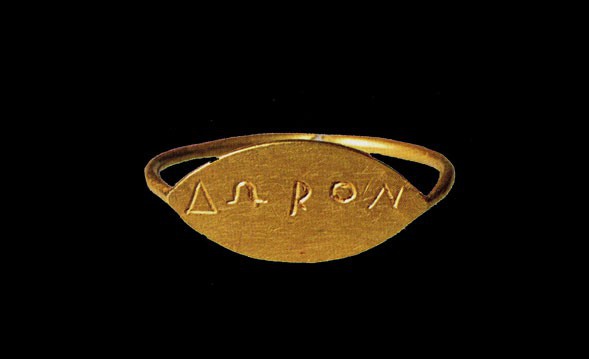 W. Inscription on vase from Methone, Macedonia, 700 BC. 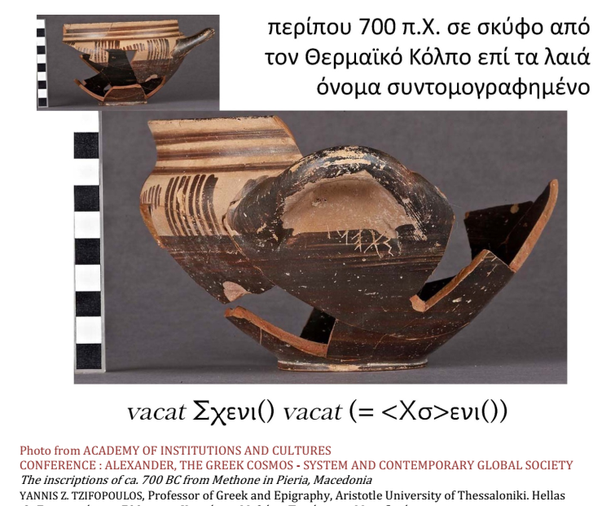 Bonus: Fragment of a vase in Linear B (Greek) circa 2nd half of 2nd millenium BC found in Aiani.

The artifacts do not lie; the conclusion is undeniable: The ancient Macedonian language was a Greek dialect. They were a Greek tribe.