"The twentieth-century development of a "Macedonian" ethnicity, and its recent evolution into independent statehood following the collapse of the Yugoslav state in 1991, has followed a rocky road. In order to survive the vicissitudes of Balkan history and politics, the "Macedonians", who have had no history, need one" 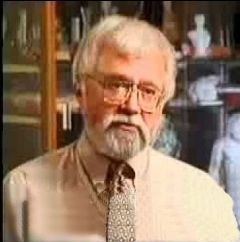 To use the words of professor Eugene Borza:

“Modern Slavs, both Bulgarians and Macedonians [FYROMians], cannot establish a link with antiquity, as the Slavs entered the Balkans centuries after the demise of the ancient Macedonian kingdom. Only the most radical Slavic factions—mostly émigrés in the United States, Canada, and Australia—even attempt to establish a connection to antiquity. The twentieth-century development of a Macedonian [FYROMian] ethnicity, and its recent evolution into independent statehood following the collapse of the Yugoslav state in 1991, has followed a rocky road. In order to survive the vicissitudes of Balkan history and politics, the Macedonians, who have had no history, need one. They reside in a territory once part of a famous ancient kingdom, which has borne the Macedonian name as a region ever since and was called “Macedonia” for nearly half a century as part of Yugoslavia. And they speak a language now recognized by most linguists outside Bulgaria, Serbia, and Greece as a south Slavic language separate from Slovenian, Serbo-Croatian, and Bulgarian. Their own so-called Macedonian [FYROMian] ethnicity had evolved for more than a century, and thus it seemed natural and appropriate for them to call the new nation Macedonia [FYROM] and to attempt to provide some cultural references to bolster ethnic survival.”
(“Macedonia Redux”, in “The Eye Expanded: life and the arts in Greco-Roman Antiquity”, ed. Frances B Tichener & Richard F. Moorton, University of California Press, 1999)

As Borza put it, the slavs in North Macedonia (former FYROM) need a history and have therefore invested a lot of money and effort to first try to claim that the ancient Macedonians were not Greek, as though this automatically links the slavs to the ancient Macedonians… However, despite these claims, some relevant written sources say that the biggest opponents of today’s Slav Macedonist propaganda are exactly the works of the ancient authors and archaeological artifacts! These propagandists would claim the opposite by cherry-picking texts and interpret them in a twisted way to try to “prove” that the ancient Macedonians were not Greeks or Hellenes, while at the same time there is NO archaeological artifact that supports their fantasies! Their target is the majority of the world which is not well-versed in the ancient Macedonian history but the data presented here will initiate a hard defeat on the present Slavic Macedonist propaganda. Let’s begin with the correct interpretation of facts below.

Did they actually mean a non-Greek language or were they referring to a Greek dialect?

Macedonia and Greece (the false distinction)

Greeks used this word to characterize people who they couldn't understand or were considered uncivilized. It was also used as an insult among Greeks.

FYROM ultranationalists invested a lot of time and effort to produce 40 misleading videos with half-truths and lies. They are exposed in this section.

Two Engineering professors from FYROM became the laughing stock of the worldwide academia when trying to prove that the middle text of the Rosetta stone is not demotic Egyptian but Slavic Macedonian.